There are 47 states and 6 Canadian provinces that have an official “state fish.” These prestigious fish range from the noble Blackspotted Cutthroat Trout of Montana, to the keystone species of the Pacific Northwest, the Chinook salmon. America’s most sought-after gamefish, the largemouth bass, holds the title in only a handful of states. Hawaii has the most colorful fish with the official state moniker, the humuhumunukunukuāpuaʻa fish is as pretty as a fish can get. Shad, of all the possible options, holds the title in 3 states across the Country. The three holdout states with no official state title holder are Iowa, Indiana and Ohio. Iowa and Indiana, with all due respect, don’t always come to mind when someone mentions elite level fishing destinations. The Hoosiers and Hawkeyes can fight over who has the biggest whitetail bucks and the most acres of corn, while Ohio can rest quietly in the corner and brag about being one of the greatest walleye fishing destinations in the world. While the politicians in Ohio can’t seem to agree over the largemouth bass or the walleye as the official fish of the Buckeye state, Ohio anglers have known for generations that the 312 miles of the northern coastline of the state provide the greatest walleye fishery any angler could ask for.

The State of Ohio’s greatest natural resource is the scenic shores and the blue waters of Lake Erie. Dotted with rocky islands, shoals and outcroppings formed by the massive glaciers of the last ice age, the waters of Lake Erie support arguably the greatest walleye fishery in North America. The 9,910 square miles of the 4th largest Great Lake touches 4 American states and 1 Canadian province. Ohio is fortunate to have the longest shoreline of Lake Erie within the state border. As with any outdoor experience the true spirit of the adventure is forged by both the wild places you find yourself in and the people and culture that surround you. An appreciation and respect for those wild places must take hold of a person and a culture. If an abandoned disregard for the resource occurs, the demise of wildlife and their home is inevitable. By the mid to late 1950’s as waters of Lake Erie literally burned, a native fish only found in Lake Erie, the blue pike, had disappeared from this earth forever.  By 1966, Lake Erie, a famed fishery that annually produced millions of pounds of commercially and recreationally caught walleye for generations produced a meager 162,820 pounds that year. The lake and her fish were dead.

The famed conservationist, Aldo Leopold said that: “Harmony with land is like harmony with a friend; you cannot cherish his right hand and chop off his left.”

On Ohio’s north coast the balance of respect and harmony for nature and the desire for Industrial and economic growth had been completely abandoned. Rampant and unregulated commercial fishing in Lake Erie had decimated the walleye population. Ship building, steel production, automobile manufacturing and a myriad of modern industrial businesses viewed prodigious water pollution into Lake Erie not only as a negligible problem, but as a sign of progress. Industry was winning the endless battle between man and nature. History has shown us that when called upon by nature, sportsmen will protect what they love at all costs. Hunters and anglers are the tip of the spear for enforcing the principles of the North American Model of Wildlife Conservation. As with the wild turkey, deer, elk and a number of threatened and endangered wild animals, sportsmen came to the aid of the walleye and Lake Erie. 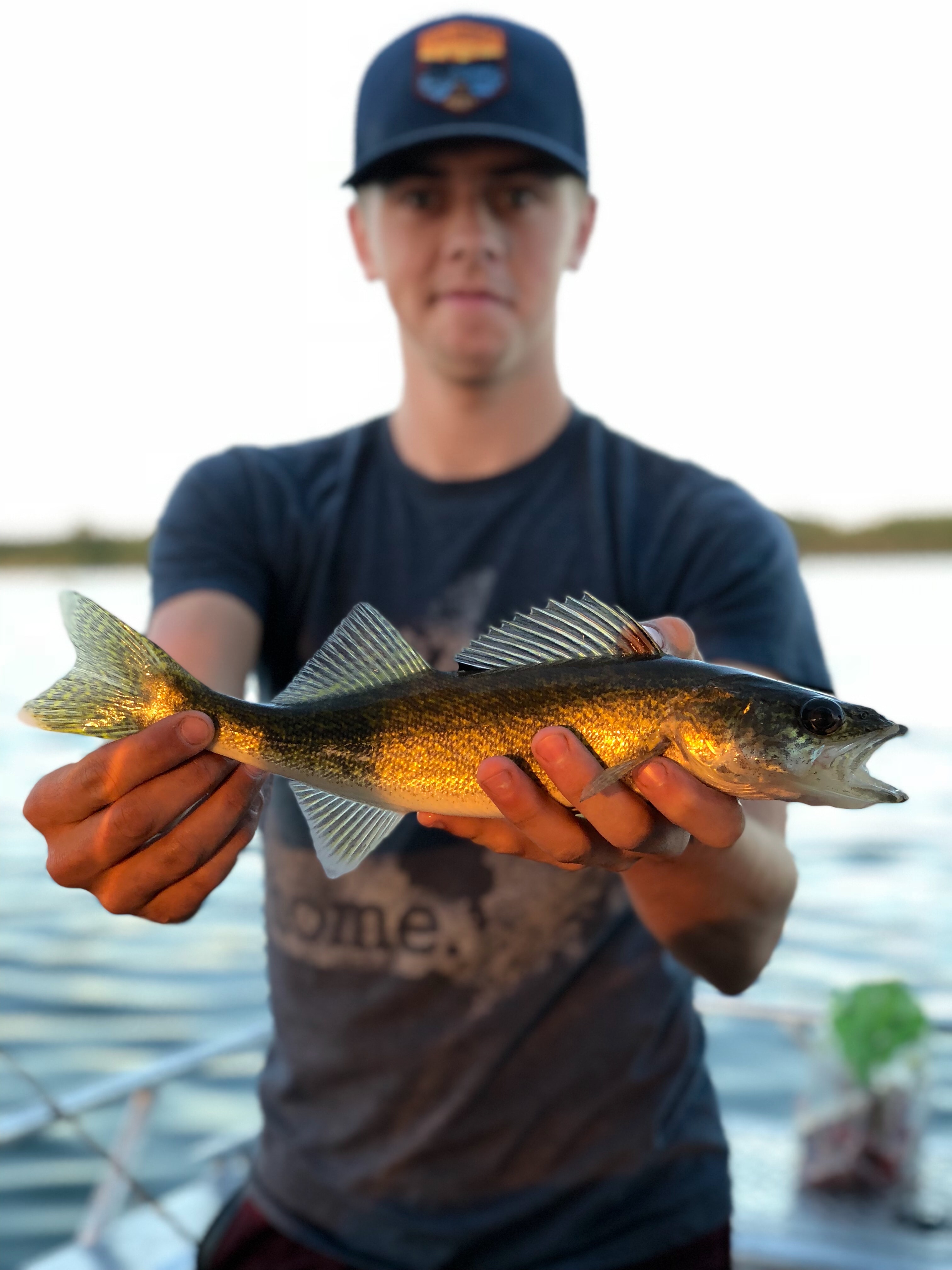 In the 1960s as the walleye numbers dropped the commercial and recreational anglers started to put pressure on government and company officials across the northeast coastline of Lake Erie. That area of Ohio, with Cleveland being the economic heart and soul of the state, had been the main contributor of the water pollution in Lake Erie. Anglers from across the region would gather to clean up the lake and the surrounding tributaries. Muck covered fishing boats full of trash and debris were a common sight in the turbid waters of Lake Erie, but progress was being made. By 1968, Cleveland and surrounding communities were committed to cleaning up the lake. A bond issue was approved by voters in 1968 in Cleveland to improve sewage and water systems into and out of the lake. A small fire on Lake Erie and the Cuyahoga River was the catalyst behind the formation of the Environmental Protection Agency in Washington D.C.  The only lake deemed a fire hazard had drawn the eyes of the world. The decades that followed would stand as a true testament to the determination of sportsmen and environmentalists. Lake Erie was back!

By the late 1970s, as clean water practices and policies around Lake Erie started to really ramp up, coho, northern pike and muskie populations rebounded. State wildlife agencies from the Lake Erie watershed started aggressive stocking programs for sport fish species. The recovery of the walleye was a little slower to occur. Many consider the mid to late 80s as the golden age of walleye fishing on Lake Erie. The year 1989 saw the largest walleye harvest total at the time. As with any body of water, the ebbs and flows of good walleye fishing remind anglers we must always stay vigilant. The following decade would be slow walleye fishing on Lake Erie with total harvest falling from the peak in 1989. The fishery agencies from the surrounding states and walleye anglers kept a close protective eye on the lake and her treasured fish. By 2003 a new benchmark was set for Lake Erie. The largest walleye hatch ever occurred that year. Spirits were high for walleye anglers. Decades of hard work were starting to come together. 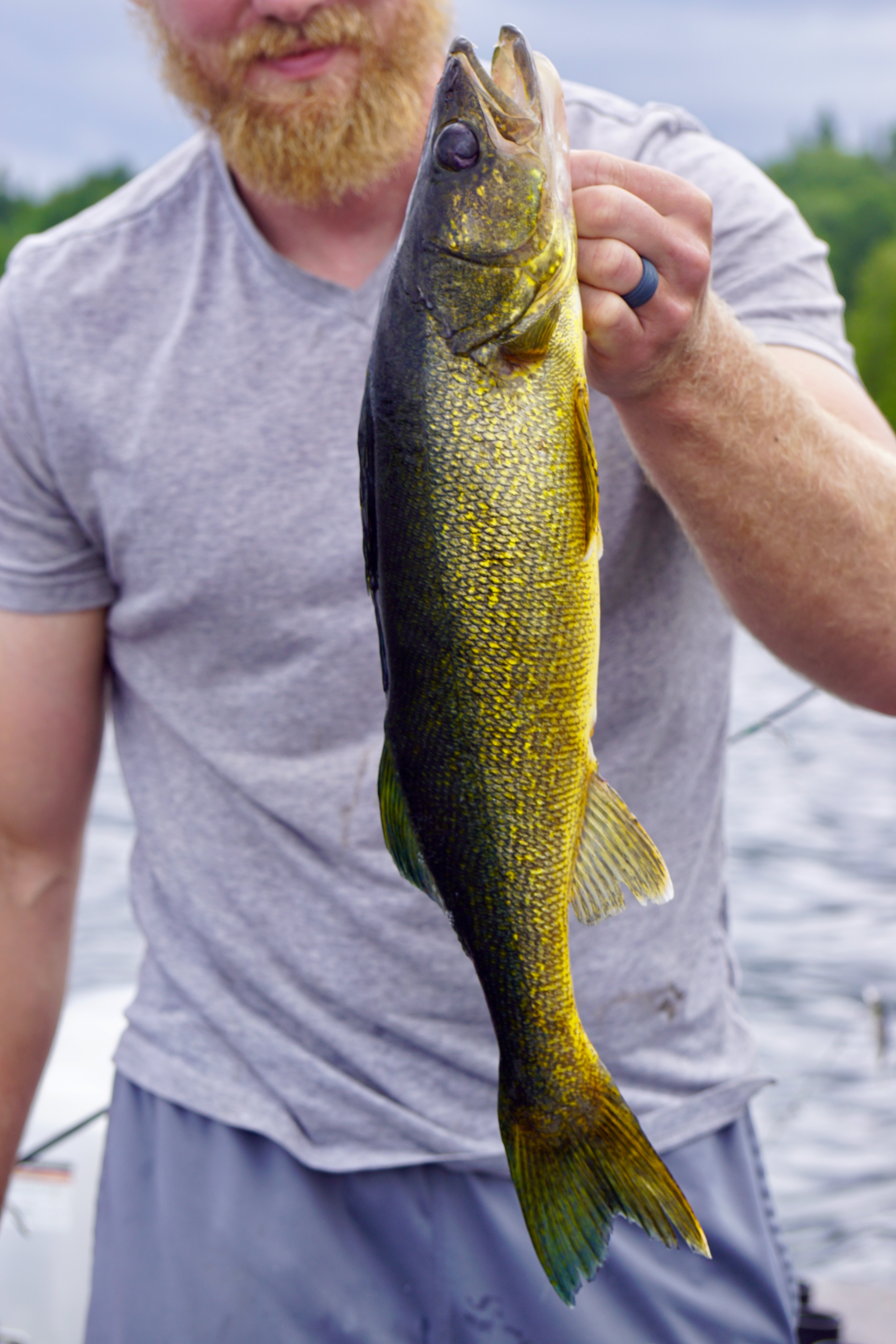 For a Lake Erie walleye to be of legal harvest size, 15 inches, it can take a fish about 3 seasons to reach maturity. A true trophy walleye is considered 30” long in Lake Erie. A walleye that size is estimated to be around 20 years old. With the record hatches from 2018 coming into maturity and the 2003 fish reaching trophy size, Lake Erie has officially entered a new golden era of walleye fishing. With the ever-vigilant presence of walleye anglers, charter captains and biologists guarding our Great Lake, anglers from across the country can experience an unprecedented walleye fishing experience for many years to come.

The hard work of concerned sportsmen once again is a shining example of the North American Model of Wildlife Conservation. A once dead lake and a fish on the verge of extinction are a true success story. We must always respect nature. We must always be willing to answer the call for help. The ebb and flow of the battle between man and nature will undoubtedly occur again in our lifetime. But for now, anglers can enjoy a truly once in a lifetime walleye fishing experience on Lake Erie.