A letter from our CEO & Cofounder, Brad Luttrell

[This channel has been demonetized]

[This audience has been silenced]

Silicon Valley is pressing command + delete on the sportsman, effectively removing a lifestyle that is synonymous with true human nature from its newsfeed. Many argue these are private companies, they have a right to manage content however they like. I argue, it’s not that simple.

We have a public utility guiding the world with a misaligned moral compass.

Google is one of the five most cash flush companies in the world, and owns 91.5% of searches worldwide. YouTube’s search volume is larger than Bing, Yahoo, AOL and Ask.com combined. Google paid $1.65B for YouTube years ago, and now YouTube generates about that much in revenue every 30 days.

How synonymous with communication does a private institution have to be before it becomes public utility? At the very least, Google has a monopoly on serving answers to the world’s questions.

Worse? We have a public utility guiding the world with a misaligned moral compass.

This isn’t about capitalism
Google started with just a few college students, and built through old fashioned sweat equity (well, it started that way— a $25M check sped things up). The “private company” narrative seems to fit at first blush.

These platforms have grown to such a scale, they have tremendous real world impact. They can control political research and filter information with the stroke of a keyboard (and this is not an exaggeration of how simple it happens). It’s time to wonder if we should look at the access to information just like we do water, electricity and telephone services. Imagine allowing any other public utility to be shut off to an entire audience (hunters and anglers) that makes up more than 20% of the country.

The protests would be nationwide. Yet when big tech decides it’s going to limit sportsmen’s access to information, we shrug and say “it is what it is.”

Every excuse for looking past the unfair treatment of sportsmen pales in comparison to the discrimination that is blatantly taking place.

At the heart of hunters and anglers is a strong sense of national pride. We’re proud of the country our forefathers built, and recognize that our nation was built on the back of capitalism. We believe in competitive markets that are run by private businesses, not the state, even if capitalism hasn’t always been so kind to blue collar workers who build these empires.

But then again, empires are never built on the backs of the throne—merely from the chair’s arms, and at the expense of many.

I’m not advocating for widespread government oversight of our communication, but I also don’t accept that the culture war on outdoorsmen “is what it is.” Every excuse for looking past the unfair treatment of sportsmen pales in comparison to the discrimination that is blatantly taking place.

We—America’s outdoorsmen and women—should not forgive or accept Silicon Valley’s misinformed bias towards us. 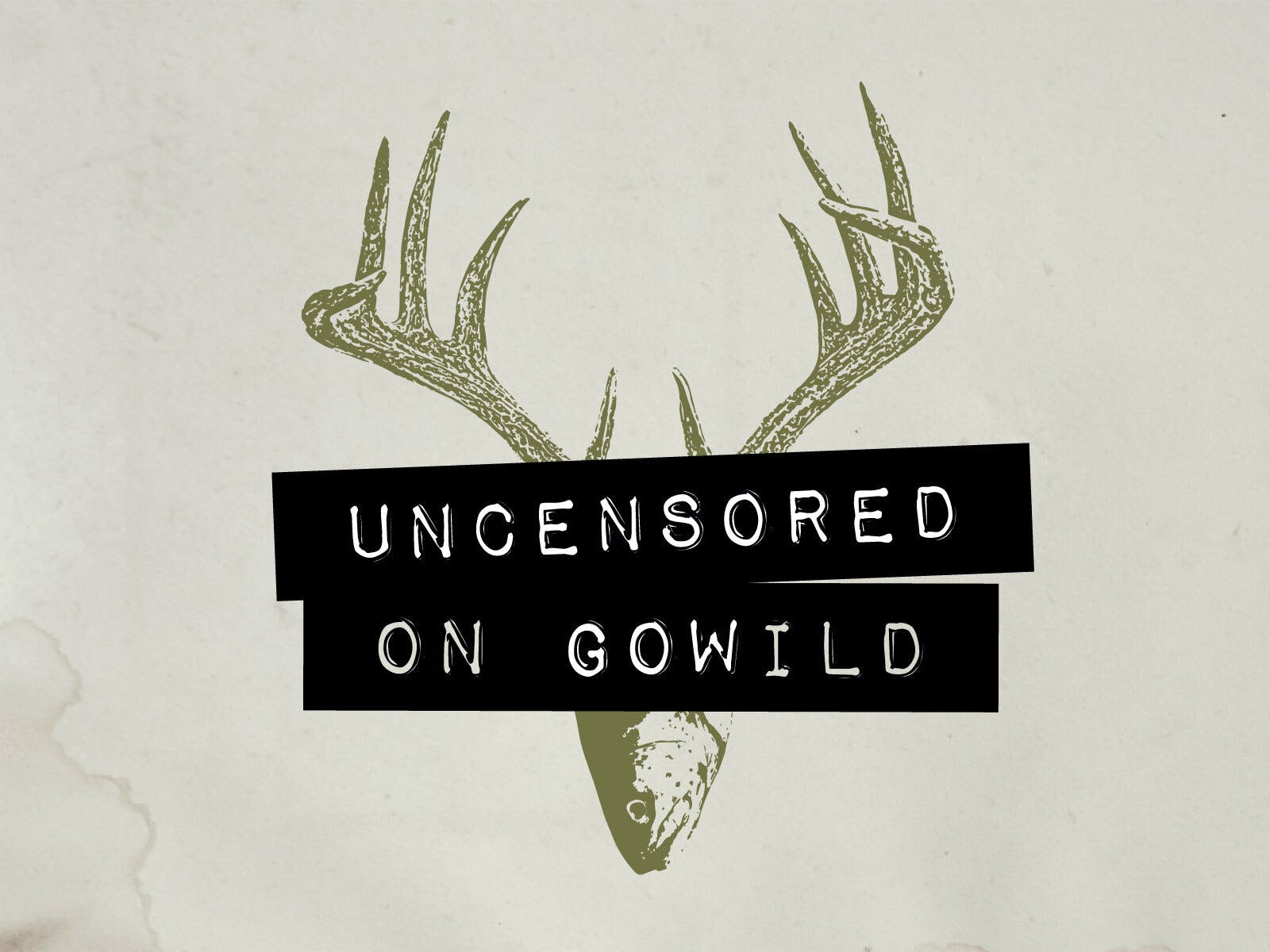 Scaling a slippery slope
The last 18 months have taken their toll on Americans. Depression and anxiety are rampant. We’ve been angry, and we’ve mourned. It will be years before we really know the cost of the pandemic. Beyond the debates around the virus and vaccines, 2020 created a new era in mass censorship. Wide reaching policies were put into place, limiting discussion and the flow of information all in the name of limiting fake news.

Regardless of your stance on any of it, you may have missed the slippery slope that our outdoor content has climbed into. 2020 paved the way for what’s happening to hunters and anglers today.

Facebook deleted hundreds of pages it publicly deemed dangerous last spring, yet many hunters were simultaneously left to wonder why their bowhunting Facebook Groups—with hundreds of thousands of members—were qualified as dangerous and vanished.

TikTok’s artificial intelligence and machine learning automatically scan your content for “weapons” (which is most hunting content) and flat out removes it.

Instagram applies a scarlet letter on hunting or firearm content to let the world know of the creator’s sins.

Facebook Groups of saltwater fishing enthusiasts are having content deleted because the fish are often dead (note: death is recommended before consumption of the fish).

We’re operating in a tech landscape that would rather not have the voice of the hunter and angler than to allow the creation of content that educates someone to procure their own protein.

And sportsmen and women just take it as if they don’t have a choice. Or as if it’s always been this way.

Facebook’s dirty truths are even darker
As insulting as this discrimination is, it’s far from the worst facts being uncovered about big tech lately. The Wallstreet Journal recently reported some disturbing truths about Facebook, another top 10 global company in valuation and cash position. The reports found the company to knowingly ignore data that highlights exactly how harmful the platform is to its users. The most horrible of the findings was that millions of American teen girls—32% to be exact—said Instagram made them feel worse about their bodies, and even causes 6% of them to be suicidal.

Yet the head of Instagram, Adam Mosseri, said the app’s effects on teen well-being is likely “quite small.”

If the wellbeing of our kids is not enough to wake us up, one is left to wonder if the problem is the product, or the product user.

It seems most people are willing to look away from these toxic byproducts (the wellbeing of our children) and the assaults on their lifestyle. Facebook and Instagram branded us like cattle with their app icons, having taught us that we need the vanity metrics of like and follower counts to be ourselves and happy. Users keep scrolling and posting, striving for that 15 seconds of fame with a viral post that is largely viewed by bots and meaningless strangers.

Simply and sadly put, Americans have been brainwashed into believing their online identity is a part of who they really are. 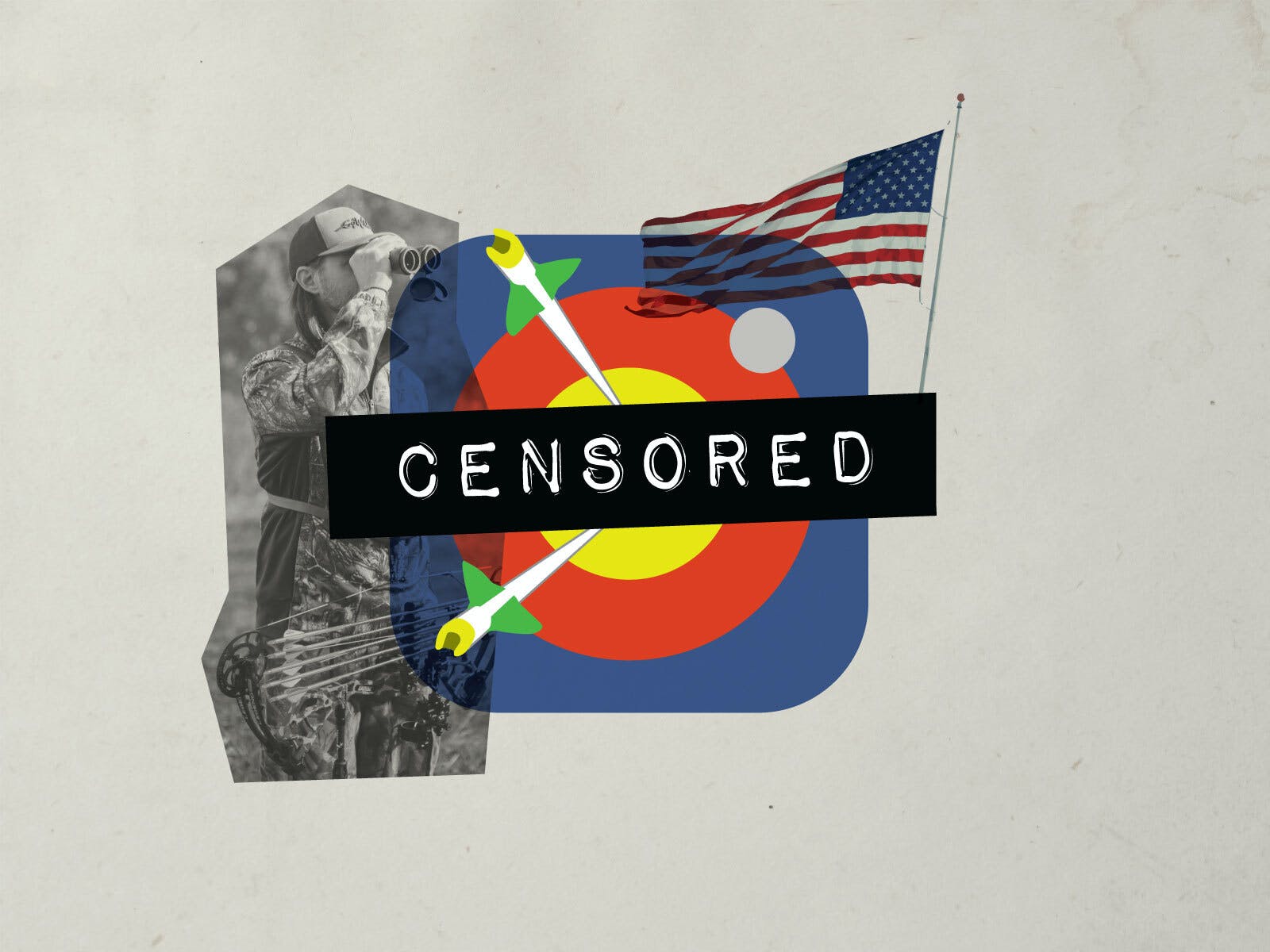 Standing up and speaking out
So many hunters, anglers and firearms enthusiasts seem to have bought into the spoon fed “they’re a private company” argument because we don’t like the government meddling in our businesses. However, that also means turning a blind eye to the fact that our industries are being blacklisted and blackballed.

Some people attempt to fight back via the same platforms hand-delivering the blows with soapbox complaining posts. But it’s all moot. Facebook, for example, generates $11.54 for every thousand impressions on the platform. Or put another way, even if your post about being censored goes viral, you just generated more revenue to help fund the fight against hunting and fishing.

Hunters have a deeper understanding of sustainability, life and death than most modern humans ever will.

The definition of insanity is doing the same thing over and over again while expecting different results.

I am committed to living #uncensored
I’m the Cofounder, CEO of GoWild, a social media platform built by hunters and anglers, for hunters and anglers. I predicted all of this was going to happen when, with some friends, we started a company with just $500 and an idea that sportsmen and women deserved better.

Hunters and anglers help manage wildlife populations (even The Washington Post has picked up on this recently). We donate to conservation, which translates to more wild land and wildlife management, while many of the media’s darlings on the softer side of the outdoors refuse to pay their share. We have a deeper understanding of sustainability, life and death than most modern humans ever will. Our appreciation for what it means to die transcends even to life’s most monotonous moments, such as the grocery store. I promise no one’s heart is heavier when a Costco chicken spoils than that of a hunter, for he or she knows the price the animal paid was wasted.

I come from a long line of subsistence hunters, and those roots were at the core of why I wanted to found a company for sportsmen and women. We deserve a place where we can discuss how to process an animal more efficiently without fear of retribution. We deserve to be able to celebrate the wins without being shamed for being happy about a kill.

There have been catch 22s along the way with the founding of such a company. While I deleted my personal Facebook account three years ago, and my Instagram account recently, my business has and continues to operate and advertise on these mainstream tech platforms. We host content on YouTube, and post on Facebook and Instagram (I don’t know why, our engagement has long been throttled). But in order to show there is a more welcoming community, we must go to where our audience currently spends their time.

It gives me anxiety. While my children are not allowed to use these platforms, I know that in order for us to scale, we have to grow, which means not ignoring tech giants that control 91.5% of search, and 2.89 billion people.

However, effective immediately, we are downsizing our ad spend on Facebook, with hopes to be done with the platform in the next 15 days. We are looking for ways to diversify our marketing efforts, and welcome outdoor marketing partners to reach out so we can support them as we scale. Facebook will not miss our budget—one thousand companies tried that and it had minimal impact. But as we are a mission driven company, I cannot continue to lean so heavily on these platforms to spread the word about our community.

That is my challenge to myself and our company. I challenge you, too.

I challenge you to think about the children in your life, and how important they are to you. Think about the heartbreak of knowing they may think less of themselves because a CEO knew his app’s content was toxic and did nothing to stop it, all to keep growing a stock price and his own net wealth.

And I challenge you to think about being a part of technology so vast, and powerful that with the stroke of a few keys in the algorithm it can simultaneously scan, identify and report content it deems ill-fit for the eyes of its advertisers.

That content is not just a photo of a dead deer.

It’s not just a fileted fish or backstrap.

It’s how you choose to live.

So, are you going to change your lifestyle, or where you tell that story?

Join a community of uncensored hunters, anglers and outdoor enthusiasts.