As the splash pads, sunburns, and smores season winds down and school shopping starts up, there is no denying summer is in its final stages. Kids are beginning to transition from lazy summer sleep-ins to early mornings and academia. While this can be a dreaded time for some, hunter's eagerly await those cooler, crisp mornings, the changing colors of the leaves, and the memories about to be made in the wild.

Be it Labor Day weekend, September 1st, or the first day of school, the signals whitetail season is right around the corner are piling up. If you haven't already been thinking about big-bodied, heavy-racked bucks, I'm sorry to let you know, but you are already behind the curve! Most whitetail addicts have had big bucks on the brain for months. Many already have trail cam photos of big velvet antlers or have glassed deer feeding on their summer patterns. Whether you have been putting in plenty of time already or are just shifting gears into deer hunting, it's vital to stay ahead of the changes we are about to encounter.

Two time periods in the whitetail world seem to frustrate and confuse hunters.

The first is a shift that comes with the changing seasons mentioned above. As summer days grow shorter, the velvet covering growing antlers begins to get itchy, and bucks soon rub it off. Gone with that velvet is the tolerance that bucks previously had with each other. Bucks begin to change their patterns, home ranges, and temperament during this shift. This shift can be an absolute nightmare for those seeing and following a buck throughout the summer. Bucks tend to be docile and follow a consistent pattern in the warm summer months, which can mislead hunters into believing they will have a slam dunk game plan for the season. No matter how many trail cam photos or sightings you have encountered during the summer months, the velvet transition will leave you feeling a bit frustrated when that buck up and "disappears" in late August or early September. 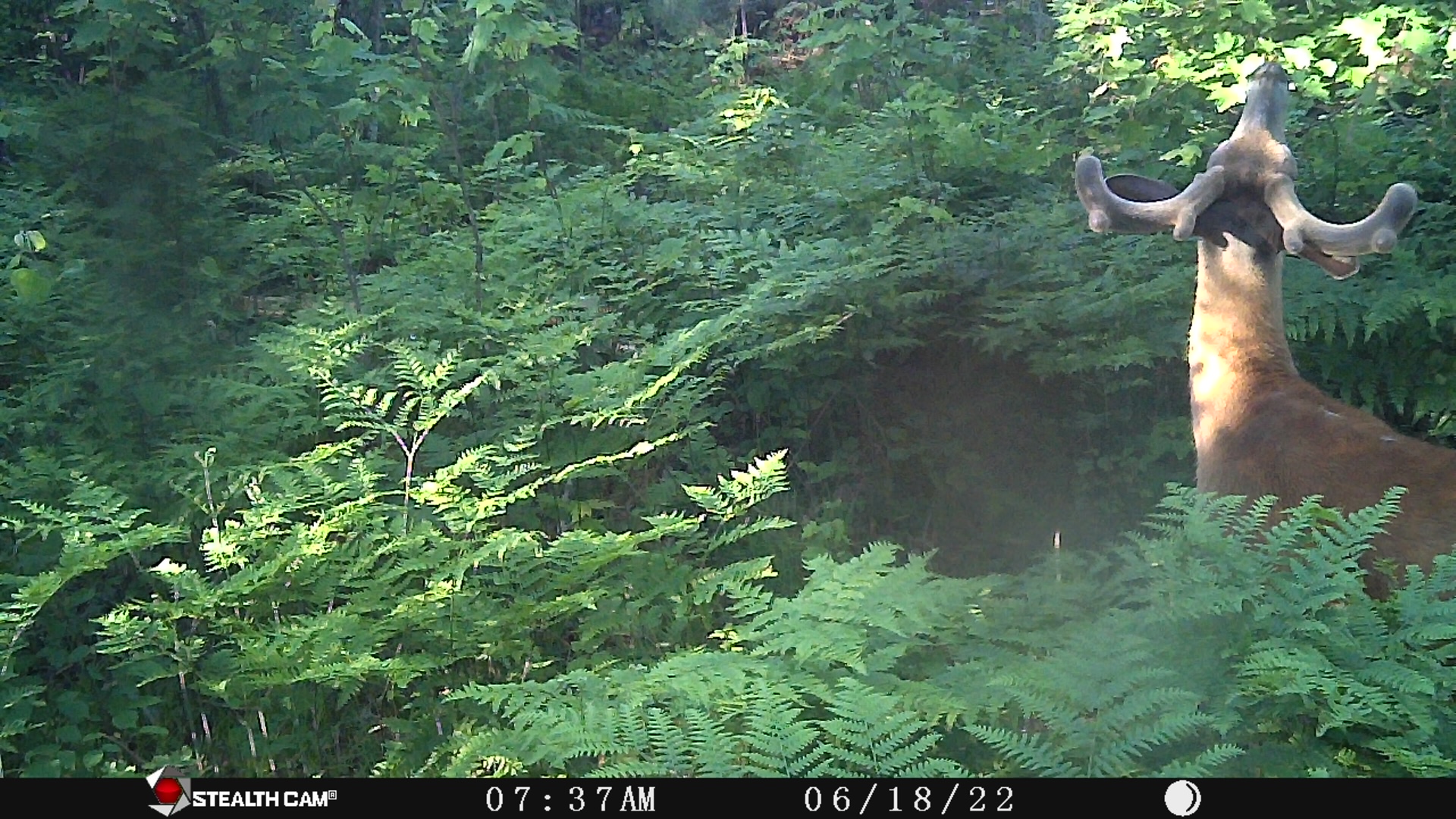 Having been led astray in the past, I've changed my thinking and how I prepare for hunting season by using trail cameras to help keep me ahead of bucks who will be shifting gears into their fall ranges. As I write this, it is August 9th, and I can tell you that I am prepared for the fall transition. I also discussed this in a recent episode of the Okayest Hunter podcast. What I mean by that is that all of my public land trail cameras are OUT of their summer locations and waiting to ambush bucks as they move INTO their fall hideouts. This strategic move needs to be done before the end of August, and I've found that the earlier your cameras are in place, the better,


The idea is that bucks will be feeding on their summer pattern well into August and even into September. Still, at some point, the lessening of daylight will trigger their testosterone levels to rise, and their velvet will be shed. This seems to be when bucks alter their patterns, and while some change very little, others may move a mile or more into their new fall ranges. This is when many hunters experience frustration from having that big buck show up on camera daily to not getting his photo anymore. Then you are stuck trying to play catch up. Scouting around, looking for big tracks, moving cameras into the timber, and applying pressure to all the areas you think buck could have moved to. The more searching and scouting you have to do to find the buck, the harder you make it to kill him. Many deer become aware of human presence in the area and thus move less in the daylight. Overall, a poor recipe for success. 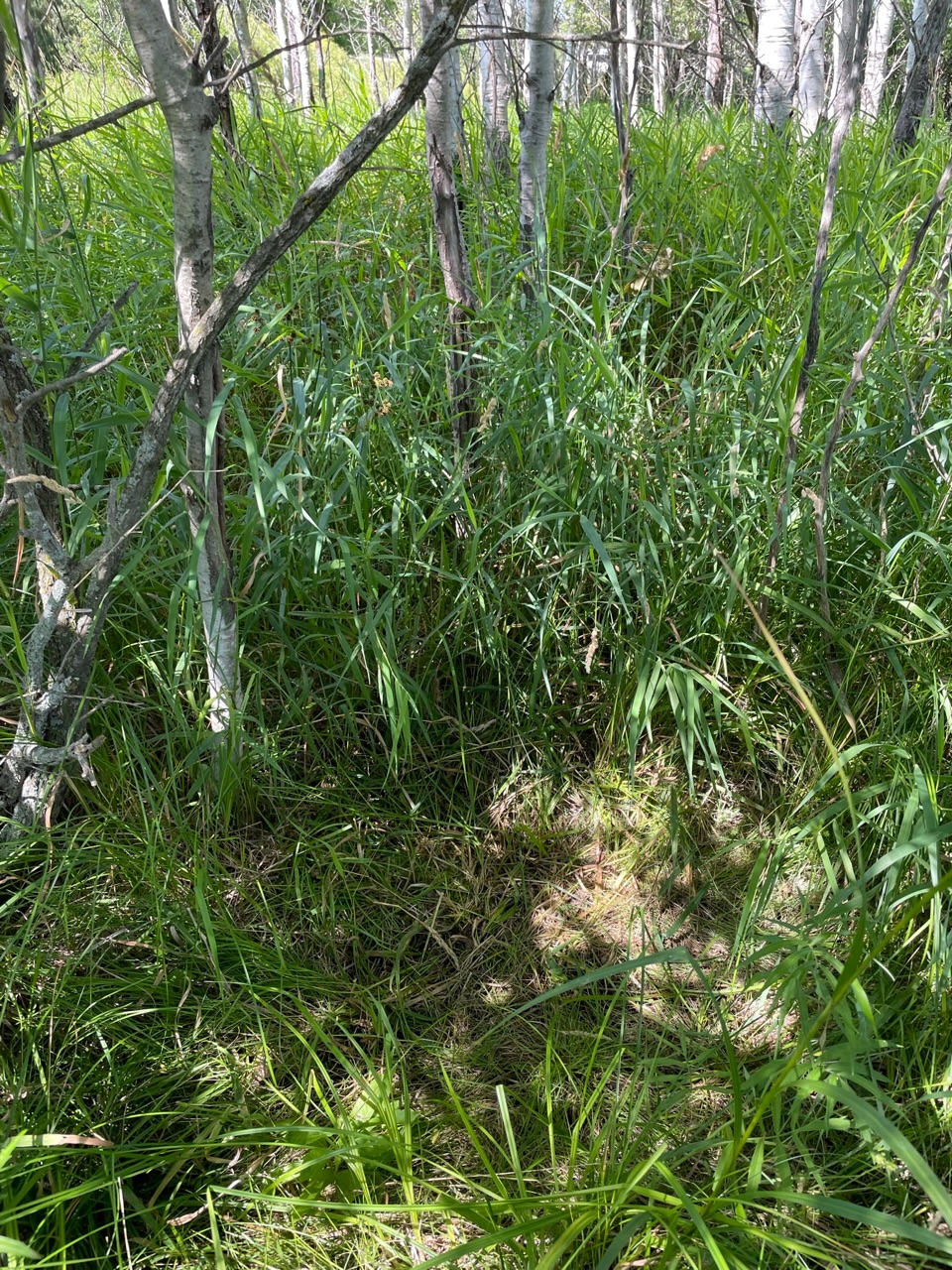 A better way to not only locate the bucks after they transition but be able to hunt them without disturbing your hunting area is to let your trail cameras do the "scouting" for you. This is a technique that I've been using for the past few years and have had great success. The idea is that July is a great month to locate bucks on food sources, waterways, or any other summer pattern you believe bucks are using. I use my cameras in these spots to help see how many and what age class of bucks are using an area. Usually, at the end of July/ early August, I remove my cameras from these areas and "shift gears" before the bucks do. I look back to the spring scouting I've done in the area, or if I hadn't done any spring scouting, I dive right into it mid-summer, looking for thick pockets of cover. Ideally, bucks love to use pockets of edges of marsh grass and brush in the early fall, so I try to locate spots like that, which also feature rubs from previous seasons, to verify that bucks have used them in the past.

After locating potential fall buck bedding areas, I try to find a trail crossing or transition area just outside the bedding area where I can monitor as many deer as possible moving into and out of the cover. I always bring a pack of zip ties to assist in attaching limbs or bending small living trees over. Another technique I almost always use is to create a mock scrape at the trail intersection. I kick open a large area of bare dirt and fashion a large, multi-branch licking branch over the bare dirt. This great visual attractant will help pull nearby buck activity in front of the camera.

Most of the time, bucks aren't using those thick cover bedding areas in the middle of summer as often as they do in the fall. If I get summer photos of bucks there, great! But the real goal is to have these types of spots all set up and ideally vacant of human scent for a couple weeks before the bucks shed velvet and look for their new fall home. If my camera trap has already been set up for 3 weeks before the first good buck comes to check it out, there is little to no chance that he will ever know I was there, especially since I keep my cameras above nose height so deer can never be in direct contact with them. Ideally, I would have multiple cameras set up around different pockets of cover in the vicinity of where I think an excellent buck will likely transition once he sheds his velvet. I rarely check these cameras before the season unless a good rain storm is about to come. The point is to have them up and ready to collect info without the bucks knowing they are being hunted. Typically, I will wait until the season and scout my way into these locations with a stand on my back and SD card reader in hand. If there seems to be some buck sign in the area (tracks, rubs, scat) I will walk to the backside of my camera to not leave scent near the trail crossings and scrape and check the photos on the card. That should inform me whether I should set up and hunt close by or keep moving.

We all know that your first time in a stand is usually the best time because the deer haven't encountered your scent before that hunt. That is the premise I try to locate and hunt bucks in the early season after they move out of their summer patterns.

Hopefully, after reading this, you have enough time to try sticking a few cameras back into the areas you think or know bucks will be transitioning into after the velvet comes off. It takes a little foresight and some mosquito bites to make it happen, but from my experience, it far outweighs having to play hide and seek with a big old buck who quickly learns he is being pressured. So get off your computer, put the phone down, go grab some cameras, and head to the woods so you can find this season's buck as he shifts gears!