A new crawfish species was discovered in Kentucky. And guess what? We named it.

Considered endangered, the MoWild crayfish species has only been documented in streams in parts of Jefferson, Bullitt and Meade counties in Kentucky. While Kentucky Fish and Wildlife will determine the scientific name, this was historically the first occurrence that naming rights to a native Kentucky species became available for public bid. 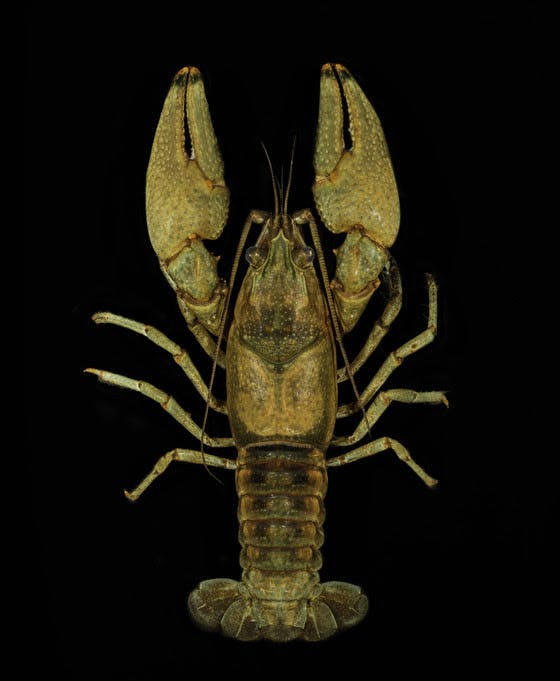 “This auction’s goal was to raise awareness and resources for conservation of Kentucky’s nongame and at-risk species. I can’t think of a better partner in this effort than the folks at GoWild,” said Zack Couch, a wildlife biologist specializing in endangered species conservation at the Department of Fish and Wildlife Resources.

“Conservation is important to our company, and this was a really fun way to support those who are protecting our wild lands and wildlife while also raising awareness of the platform,” Luttrell said. “Our mission is to unlock the gate to the outdoors. In other words, we want to make everyone a little ‘MoWild.’ This opportunity is a chance to communicate the value of outdoors adventure.”

The MoWild crayfish is considered endangered. It’s only been found in small areas of Jefferson, Bullitt and Meade counties in Kentucky.

Invasive crayfish species could cause MoWild to go extinct and are appearing more in the area that MoWild was found. One way to preserve MoWild and other indigenous fish is to avoid dumping live bait in local waterways.

To help teach other about the importance of bait buckets and using crawfish as bait, GoWild has created a replica MoWild soft plastic lure that can be purchased and used for bass fishing. GoWild is donating a portion of proceeds from purchases of the MoWild Bass Lure to Kentucky Fish & Wildlife’s Kentucky Wild program to help fund great conservation work.

Join a community of hunters, anglers and outdoor enthusiasts and get $10 to spend on outdoor gear when you complete your profile.