Outdoor enthusiasts and country music fans, mark your calendars for July 9th because GoWild just announced an event of epic proportions with the introduction of “Send It Slam.”

“After the last few years, we have a lot of celebrating to catch up on. We’re coming back full force with a must-attend throw down for both our GoWild members and the general public. Send It Slam is going to be a wild celebration of outdoor skills, music, food and drink.”  - Brad Luttrell, GoWild’s Cofounder, CEO.

Send It Slam kicks off at sunrise with an optional 3D archery competition, held at The Sporting Club at the Farm. Archers will compete for fun and prizes. The outdoor nonprofit Raise ‘Em Outdoors will teach free archery lessons for youth, and the Lincoln Heritage Council, Boy Scouts of America will teach marksmanship with a BB gun range. Music will start in the afternoon at Brown-Forman Amphitheater on Waterfront Park in Louisville, Ky. Attendees can get separate tickets for the concert if they are not interested in the archery competition.

The waterfront party will host a lineup of Kentucky food trucks and breweries, as well as outdoor brands.

Tickets go on sale Wednesday, April 13 at 11 am EST. GoWild Members will have access to presale starting Friday, April 8 at 11am. They can find their presale codes in their GoWild direct messages.

Music Ticket Details
Ages 12 and under get in for free for the concert. General admission concert tickets will be $30, with $5 of every ticket going to Raise ‘Em Outdoors. VIP tickets for the music will be available, which include access to the VIP area, the official Send It Slam poster and more.

Tickets go on sale Wednesday, April 13 at 11 am EST. GoWild Members will have access to presale starting Friday, April 8 at 11am. They can find their presale codes in their GoWild direct messages.

Brad Luttrell, CEO & CoFounder
• Cave Hill Cemetery tour "I know this sounds creepy but there is something special about seeing where the Champ and Colonel rest."
• Dinner at Hammerheads 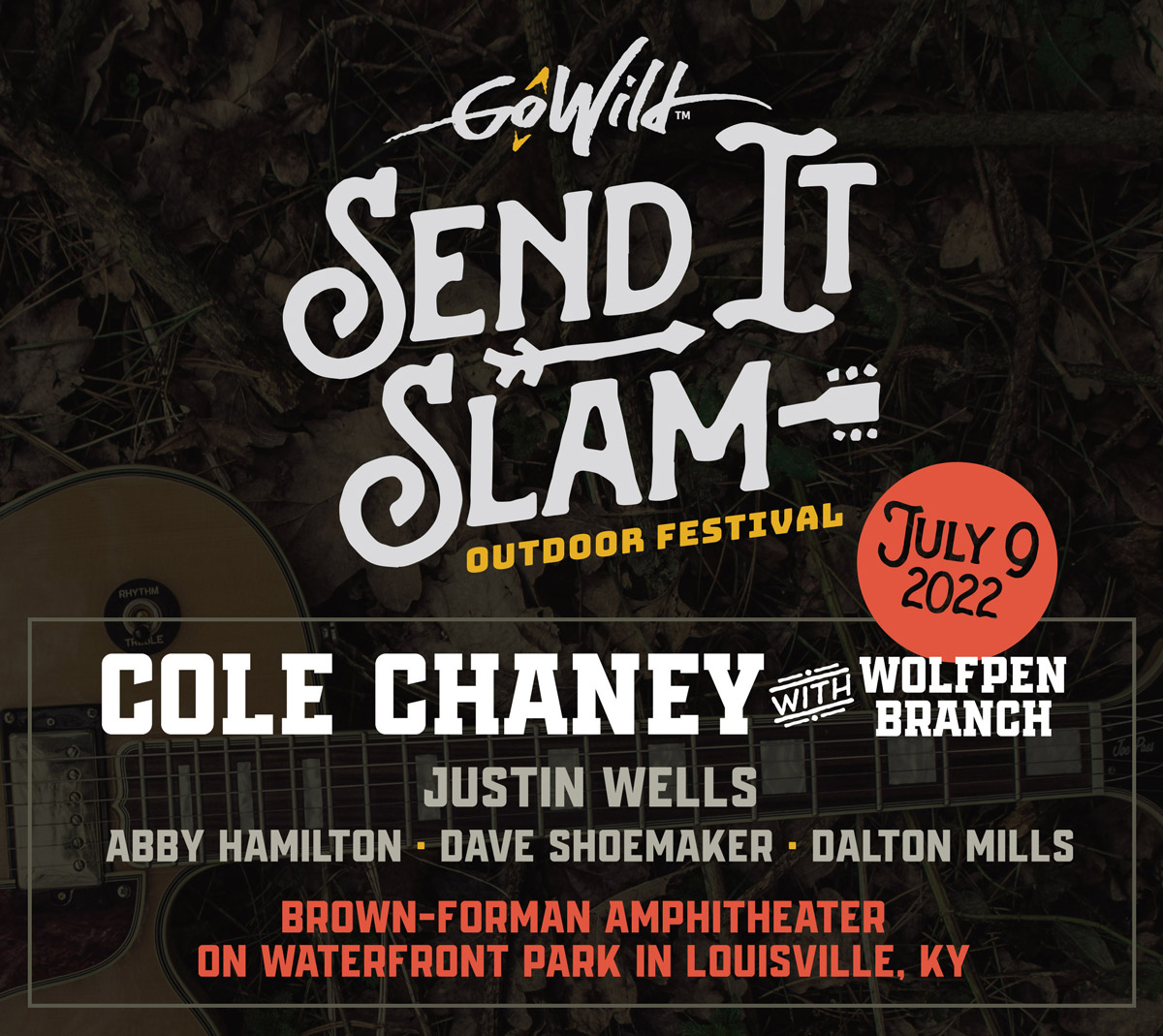