The utilization of predator hunting as a method for managing ungulate populations isn’t a new practice. One of my favorite people to ever live and the “Father of Modern Wildlife Management,” Aldo Leopold said it himself in his magnum opus, A Sand County Almanac: “I thought that because fewer wolves meant more deer, that no more wolves would mean a hunters’ paradise.” You see it all the time on social media, hunting TV and in ballroom banter across the country – "eliminated another fawn killer" about removing a coyote or bear from the landscape, but what does science tell us about this mindset? Should we be shooting every coyote in range? Do we need to elevate our approach to a large-scale trapping regime? Would doing that even translate to tangible results for our beloved whitetail?

As a wildlife biologist and habitat consultant, this is a conversation I frequently have. Nearly every one of my clients asks about it, and rightfully so. They hire me to help produce the best possible conditions to grow trophy-class whitetail for quality deer hunting. It makes perfect sense that reducing the predator load on the landscape would have inverse effects on the deer numbers, right? Leopold certainly seemed to agree with that sentiment early on in his career. But what does science tell us about this approach? Are we truly utilizing our time efficiently when we set out to target coyotes? Or are there more productive techniques for improving white-tailed deer numbers?

Before we get into the weeds on whether or not you should be managing predator numbers to improve your deer herd, it’s important to establish a baseline to see what you’re dealing with. If there’s one piece of equipment landowners and hunters should utilize to achieve this, their whitetail scouting and their deer hunting strategy, it's getting yourself a high-quality trail camera (or preferably several), such as the Tactacam Reveal-X. I’ve been using this cell camera for an entire whitetail hunting season now and have nothing but good things to say about it!

Why are we talking about trail cameras in a predator hunting article? Because if we are going to be monitoring deer numbers and fawn survival rates, we need to establish a baseline for the property. This is easily accomplished by running a formal trail camera survey on your property, preferably in late summer, to determine deer density, sex ratios and fawn survival. If you conduct your survey for several years and are scratching your head at numbers of .75 fawns per doe or lower, you might have a problem. 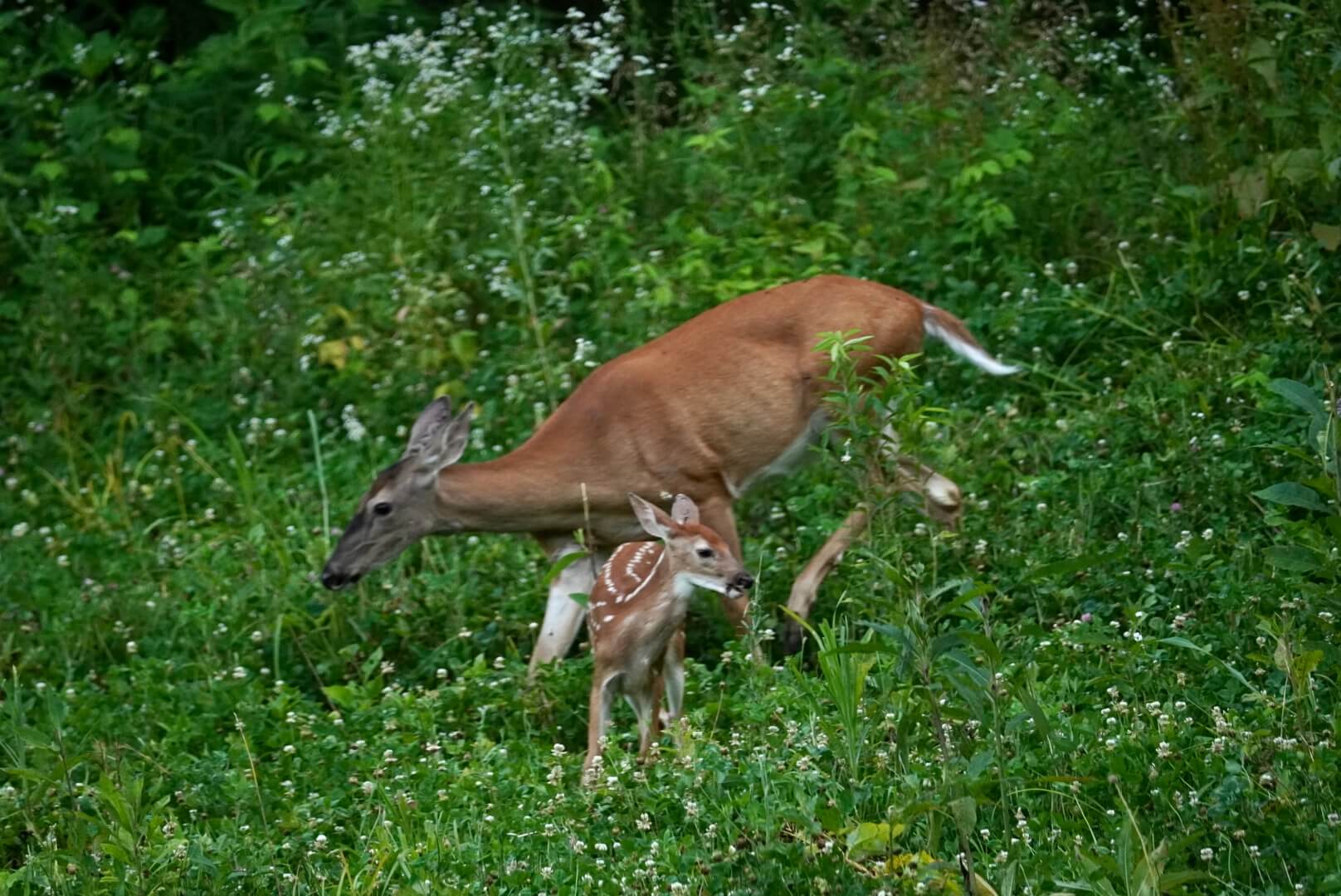 What’s Your Objective For Predator Hunting?

The biggest takeaway I want every reader to walk away with is the idea that if your efforts don’t align with your objectives, you need to re-evaluate your approach. If your goal is to increase the fawn survival rates on your property, how do you plan on achieving that? When managing a whitetail deer herd, I always advise that people choose their battles wisely. You can quickly sink dozens of hours and thousands of dollars into a wildlife project, whether it's a new food plot, timber stand improvement project or a predator control program. Make sure your resources are going to have a strong return on investment. Suppose you ran your camera surveys and validated your findings with observational data reflecting fawn survival of, say, .5 fawns per doe or fewer. In that case, you should do something to bring those numbers back up closer to 1 fawn per doe. I always recommend bringing a set of high-quality binoculars with you whenever you're afield, like the Vortex Viper HD, to get your observational data.

After identifying the problem, what’s the best course of action? Should you invest in a predator call and a tricked-out AR to begin whittling away at predator numbers? A set of steel traps? Or is a chainsaw and some herbicide the better investment? Let's see what science tells us about this dilemma. 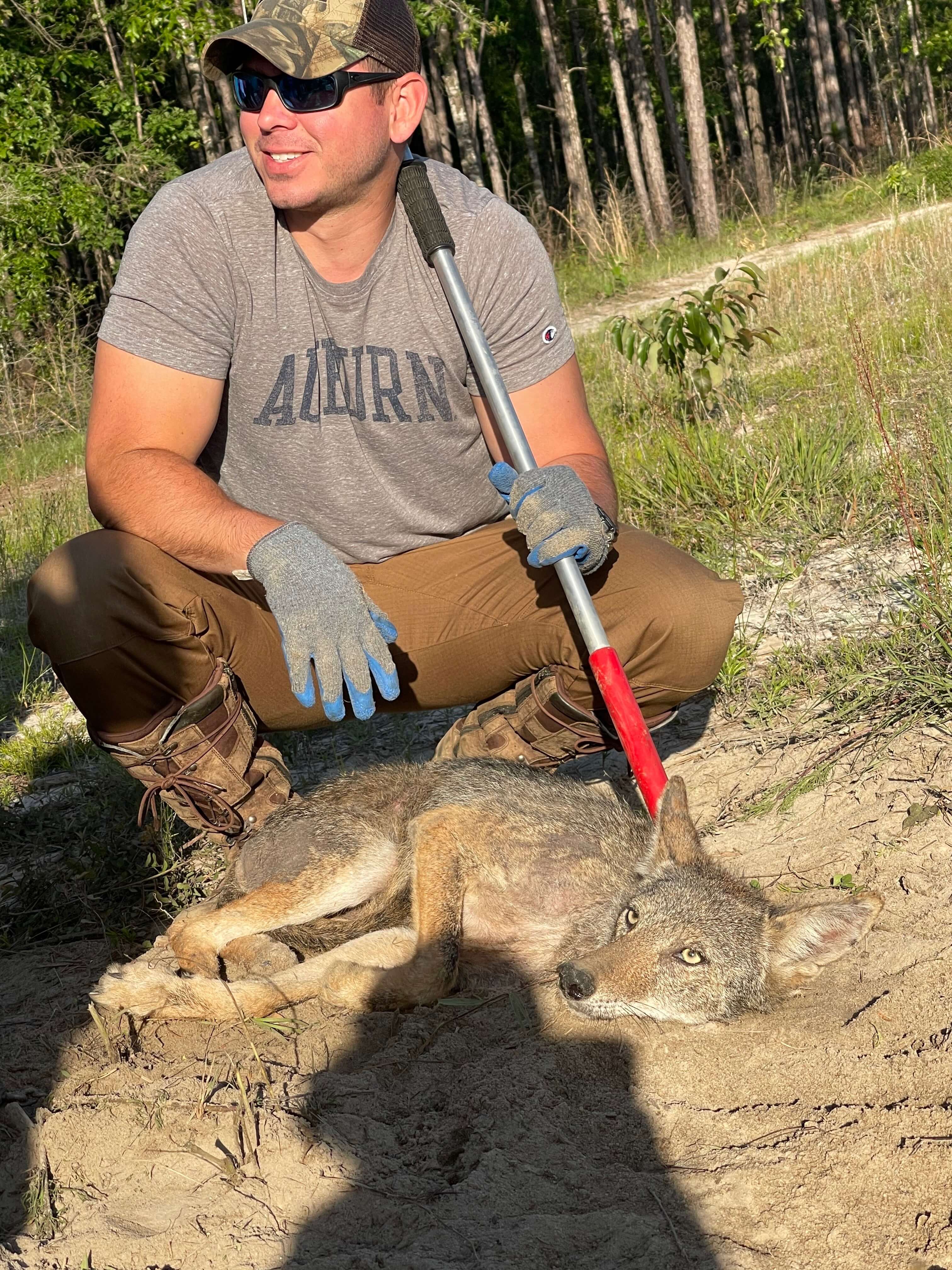 While researching for this article, I had the privilege of talking to Dr. Will Gulsby, Associate Professor at Auburn University School of Forestry and Wildlife Sciences. He conducted his Ph.D. research on the relationship between coyote predation and fawn recruitment. Fawn recruitment can be defined as the number of fawns per doe that survive until 6 months old.

His study sites consisted of two 5,000-acre Wildlife Management Areas in central Georgia, separated by eight miles. Dr. Gulsby looked at coyote abundance and fawn recruitment rates over four years – two years before any trapping occurred and then continued for two years of an intense trapping program. The trapping was conducted by professional trappers, occurred for several months leading up to the fawning season and continued for several months following fawns hitting the ground for the latter two years of the four-year study.

The results of the experiment were surprising. On one of his study sites, fawn recruitment went from 40% (.4 fawns/doe) during the two years pre-coyote treatment to .9 fawns per doe the year following an 80% reduction in coyote abundance during the fawning season. It makes sense, right? Maybe Leopold's was right after all. What was surprising about the study was the year following that jump in recruitment rates, those numbers decreased back down to where they were pre-treatment – even though the trapping continued! When looking at his other study site, where coyote abundance was low both pre- and post-treatment, the fawn recruitment rates hardly fluctuated at all.

When asked what the most significant takeaway of his research was for whitetail hunters, Dr. Gulsby stated, “Trapping coyotes could have a modest and inconsistent positive effect on fawn recruitment." His findings of an initial increase in recruitment rates post-intensive trapping, followed by those numbers coming back down to where they were pre-treatment the following year even though trapping continued, weren't a fluke. That same pattern occurred in a similar study conducted in South Carolina years prior. He also wanted to reiterate that, “These results were reflective of the best-case scenario for the effectiveness of trapping. Traps were set in a high-density by professional trappers over a large geographic area.”

Considering coyotes have an extremely large home range, most landowners simply don’t own enough land to have a tangible impact on coyote abundance. Couple that with the fact that 30-50% of coyotes are transient, meaning they don’t even have a home range, and you’re faced with the realization that recolonization of vacant territories happens quickly. So, unless you have the resources to be consistent with your trapping and target your efforts to the fawning season year after year, you likely aren't impacting fawn recruitment.

If you enjoy trapping because it’s a reason to be outside enjoying the outdoors, by all means, continue what you’re doing. It’s a great way to learn how to read animal signs and become a better outdoorsman. Don't, however, fool yourself into thinking that taking a few coyotes off of the landscape is creating a significant positive impact on your deer herd! I firmly believe the reason hunters are so infatuated with targeting coyotes is simply because it’s a tangible event. We stand there next to a dead coyote and look at the teeth. We see the dried blood on its muzzle, and we tell ourselves that we’ve removed a problem from the landscape. Deer managers are always looking for shortcuts and a silver bullet to drastically improve hunting. Coyotes are just the scapegoat for what’s handicapping our whitetail from prospering.

When it comes to the health of a deer herd, diverse habitat is always the answer. There’s no greater contributor to fawn recruitment rates than diversity on the landscape. So next time you want to reach for your predator call, consider if your efforts should be diverted elsewhere, such as diversifying your woodlot, removing invasive species or managing your food plots. It’s not glamorous work, and you won’t rack up the likes on social media for doing it, but improving your property's habitat will always benefit the hunter in the long run. If you need help developing a more beneficial habitat management plan, consider hiring an expert like Whetstone Habitat!