When it comes to saddle hunting, climbing sticks are often the most preferred method for ascending a tree.  This method isn’t anything new; however, over the last 2-3 years companies are coming up with some amazing products that are lighter and function better. In this article, I will break down some differences in stick styles, materials, length/sizes and budget.

I have tried both methods but prefer double step sticks. I like being able to have both of my feet at the same level when climbing.  For example, if you found the perfect tree and you need to remove your lineman's rope to get around a longer branch, you need to use your tether to keep you attached to the tree safely. I personally find this harder to complete when using a single step stick so I prefer the added foot hold from a double step stick.

The Tethrd Skeletor sticks check all the boxes for a hunter that is looking for in a two step style stick. They are affordable coming in at $225 for 4 sticks. They weigh 2lbs each and they stack super easy. 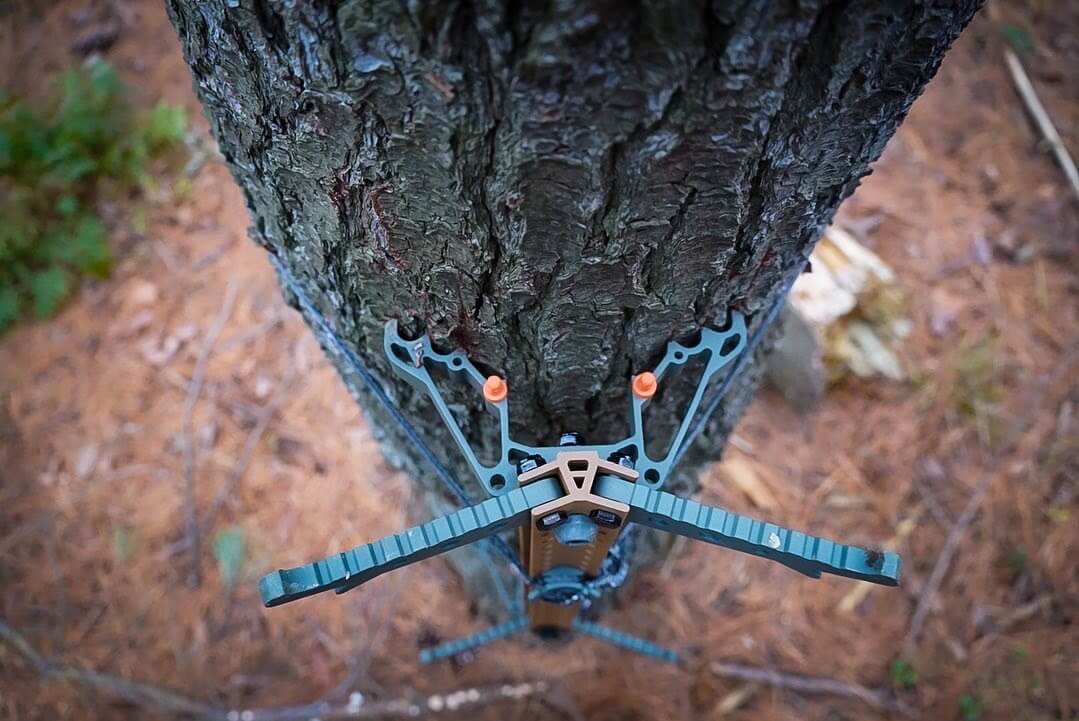 How Much Do Tethrd Skeletor Sticks Weigh?!

Every year companies are pushing the limits with lighter sticks: easier stackability, and the material they use. The material used will dictate the pricing of the sticks and the overall weight. Some sticks on the market today are made from carbon fiber, aluminum and titanium. The material of the stick will dictate the pricing of them. Aluminum is the cheapest of the three. Carbon fiber and titanium both are going to cost more but weigh a lot less than the aluminum. Sound also plays an important role in deciding on the right stick for you. As hunters, we want to get setup in a tree as quietly as possible.  The material the stick is made out of will determine if you need to put any aftermarket silencing tape on it. We will talk about this in another article. For now, though, just know that some materials aren’t as loud as others. Carbon fiber, when touching together, sounds dense, kind of like rattling antlers.  However, aluminum and titanium have a louder ting sound to it when touched together.

I mentioned the Tethrd Skeletor sticks earlier and how they come in weighing 2 pounds a stick. I would say this is average for sticks on the market today. This particular stick is hunt-ready out of the box. They're 20” tall, they use the StikLoc technology and have the unique feature of having the steps come away from the tree to allow a ton of boot room when climbing.

There are some sticks on the market however that are coming in weighing less than that. Tethrd has a premium stick in the ONE stick style that is made from Grade 9 Aerospace titanium and just one stick weighs only 15.9 ounces. The ONE sticks, like the Skeletor sticks, stack great using the StikLoc technology.

Additionally, the length of the stick plays an important role when you are deciding which stick is right for you. Shorter sticks won’t allow you to get up as high unless you use more sticks or an aider to assist in gaining height.  The majority of the sticks are coming in at 17” to 20”.  However, there are some that you can purchase that are coming in at over 20”+.  To keep the weight around 8lbs or less for a total set, you are seeing more sticks in the 17” to 20” range. 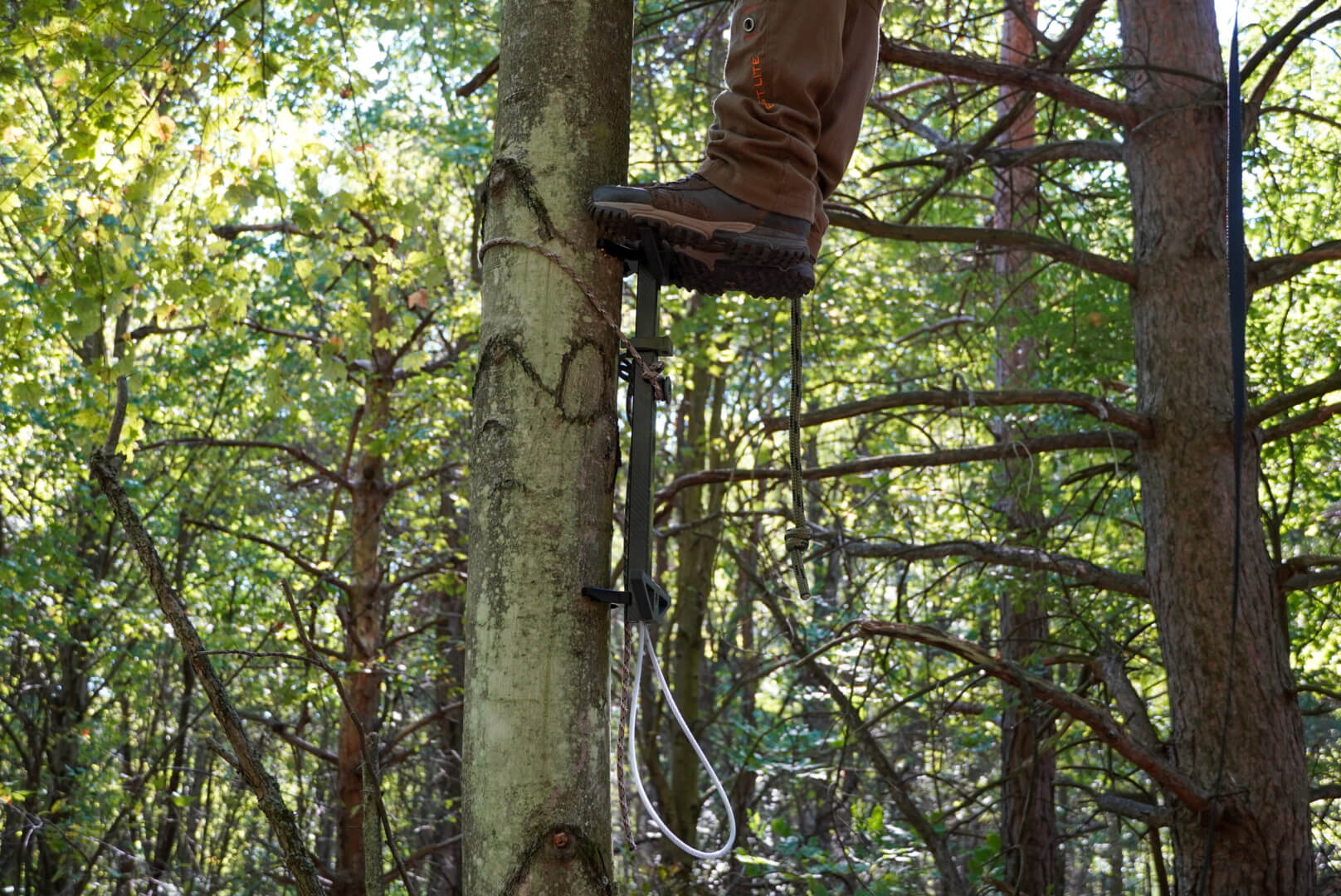 What Should Climbing Sticks Cost?

So, you know now that sticks come in all different materials, sizes, and styles. Once you narrow down the type you would like to purchase, it just comes down to budget. The most common package that climbing sticks come in are sets of 3. If you are dead set on getting the lightest sticks possible then prepare yourself to pay on the higher end of the scale which will be around or above the $300 mark. If you don’t mind the weight that your sticks will come in at, then you will have a broader range of pricing which will be anywhere from $99-$250.

This is again where I truly believe that the Tethrd Skeletor sticks shine because they are in the budget friendly price range but getting all the higher end features other than the overall weight. Out of the box you are getting 4 sticks that are hunt-ready and cost $225. So, for the next upcoming season take a look at your sticks and see if you would need to improve them with some modifications, or add some for a prehung set or if you want to get lighter for your mobile set up. Whatever you are looking for, I can guarantee that there is something out there that will fit your exact needs!