Unlock 10% Off Your Order

GoWild for your brand

For people who love the outdoors, GoWild is the best digital platform to interact with other outdoor enthusiasts, and learn about new gear, tactics and content. For our members, GoWild delivers an encouraging community, gear insights and a new way to share a personal journey, as evident from the hundreds of thousands of people engaging with the platform. For brands, we offer an intimate opportunity to authentically connect with a gear-focused, hyper-active audience.

When you think of outdoor transportation, you think Polaris. But the company kicked off a new type of endeavor with Polaris Adventures, an experience based vehicle rental platform. Polaris Adventures partnered with GoWild for a media campaign to build awareness for this new model.

We kicked off the campaign with a sweepstakes for email capture. GoWild generated roughly 10K new emails and customer leads for the new endeavor, and contributed to the success of Polaris Adventures’ best year to date at the time of the campaign. 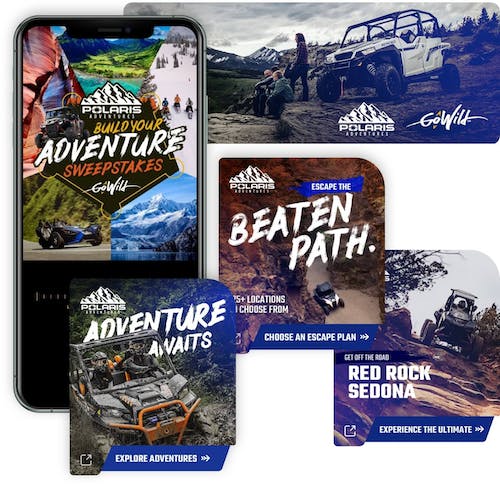 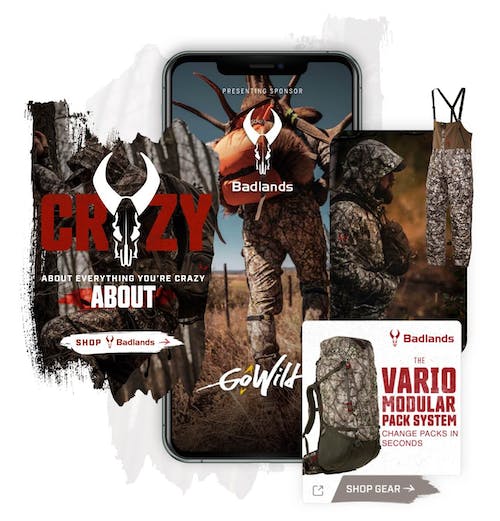 Through a near app takeover, Badlands Gear utilized GoWild to hit their target customer with laser focused tactics, including display, activity rewards, video and the load screen sponsorship. An external targeting tool was also used to tap into even more impressions with the right people.

That’s our bread and butter—making the right impression, every impression.

SPYPOINT cellular trail cameras is rapidly growing its footprint, but wanted to expand its digital media footprint with more niche media and better customer engagement. GoWild was a logical approach because the platform put SPYPOINT in front of an audience that thinks about the outdoors 365 days a year.

To help SPYPOINT make a splash in the platform, GoWild created a content generation opportunity via a photo contest, which included custom functionality within the platform. The contest ran for 6 months and drove thousands of interactions, all on the back of user generated content.

Conversations about SPYPOINT cameras saw a noticeable uptick through the contest campaign, leading to additional campaigns within the GoWild media network. 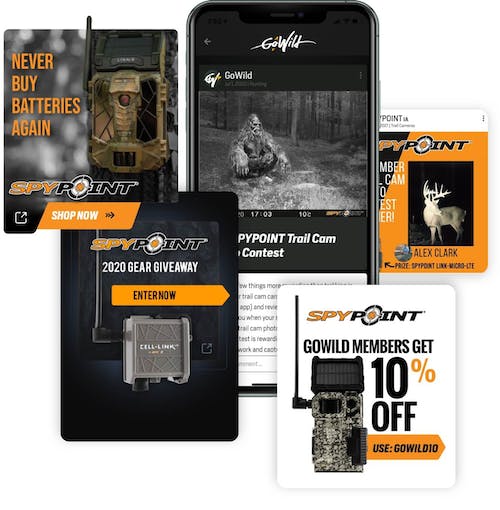 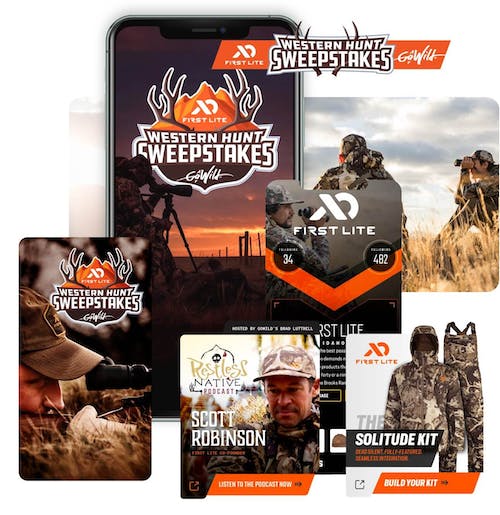 First Lite saw first hand the value of being engaged in the GoWild platform. Prior to an active media campaign and branded content from First Lite via their new, branded profile, First Lite product mentions were circulating via user generated content.

After the paid campaign and brand engagement, member mentions of the product had climbed 40%. In addition to the branded content, GoWild delivered premium load screens, advertisements and a sweepstakes.

The campaign generated thousands of customer leads, nearly half a million impressions and rich engagement.

StandGuard Decoy is a new and interesting product that is unlike anything else in the hunting market. StandGuard had one major problem in growing the sales of their treestand decoys—the hunting industry has invested millions convincing consumers they need to buy clothing to eliminate scent while hunting. StandGuard had an awareness and education hill to climb and tested GoWild’s display ads to tackle this effort. With GoWild’s precise delivery, StandGuard saw an immediate 50% percent lift in site traffic with sales in just the first week covering the ad costs for the entire campaign. GoWild proved to be the best paid media tactic for the emerging product. 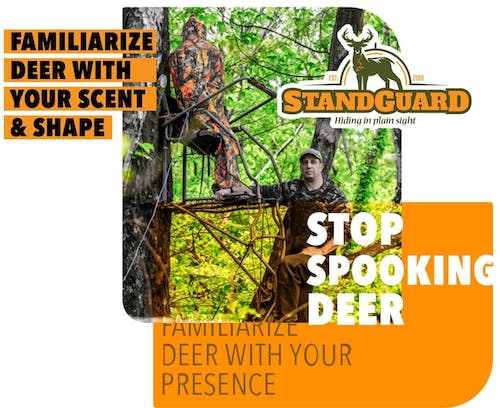 Enter your info to download our media kit and learn more about what we have to offer.